What does Salicornia restaurant offer? 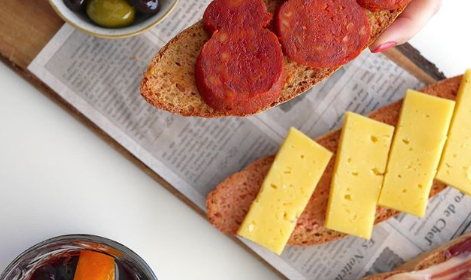 Its cuisine, based on a fusion between the local seafaring tradition and the avant-garde, remains open throughout the day. Their dishes are mainly composed of the best local and seasonal products, cooked in charcoal embers with expert hand and pampering.

Salicornia is widely known as a seafood restaurant in Mallorca located in a privileged natural environment, and for the gastronomic proposal it offers. By selecting the highest quality local products on a daily basis, among which fish especially stand out, its seafood cuisine leaves no one indifferent. In fact, Salicornia is considered one of the best restaurants in Mallorca, an island that it represents superbly at a gastronomic level.

For those who visit the island or Colonia de Sant Jordi, enjoying one of the fantastic rice dishes prepared in Salicornia is an unforgettable experience. The rice, dry or sweet, prepared in the coals of coal, and made with red shrimp from Sóller, lobsters or lobster in the area, are a benchmark.

The best-known varieties of rice proposed by Salicornia, are arròs brut with picantón and black pudding, the traditional marine rice and the sweet rice with lobster. The possibility of being able to enjoy the rice dishes on the terrace, overlooking the sea, joins the power to order and enjoy them from home.

It also highlights in particular the fideuás prepared by Salicornia, such as the “fideuá a la llauna con cigala”, among other varieties. Another of the favorite dishes of Salicornia customers, is the “tuna tartare with egg yolk and salicornia.” Also the “salmorejo with cockles and pico de gallo”, and the “cod brandadilla, cauliflower pickles and smoked paprika”.

It should be noted that the Salicornia menu grants a prominent space for seasonal products, which means that they are being renewed. What is sought with this is to offer products of maximum freshness and possible quality. Among the restaurants in Colonia de Sant Jordi, Salicornia unquestionably occupies a position of honor.

Cocktails in Mallorca to not forget

Although we have made it clear that Salicornia stands out for its menu and location, the same happens with its signature cocktails. Because some of Mallorca’s best cocktails can be tasted in Salicornia, both on its enviable terrace and in its interior, elegant and subtle. Because Salicornia, above all, is a gastronomic space with a lot of personality, a mirror of the Mediterranean spirit, full of light and subtleties.

Its cocktail bar, vermouth and snacks, are another option that can be enjoyed in this place full of marine charm, and throughout the year. With salt flavor and wrapped in sea breeze, Salicornia is the perfect space to enjoy the essence of Mallorca first hand.