DO YOU KNOW THE FOIES BRAND COMTESSE DU BARRY? 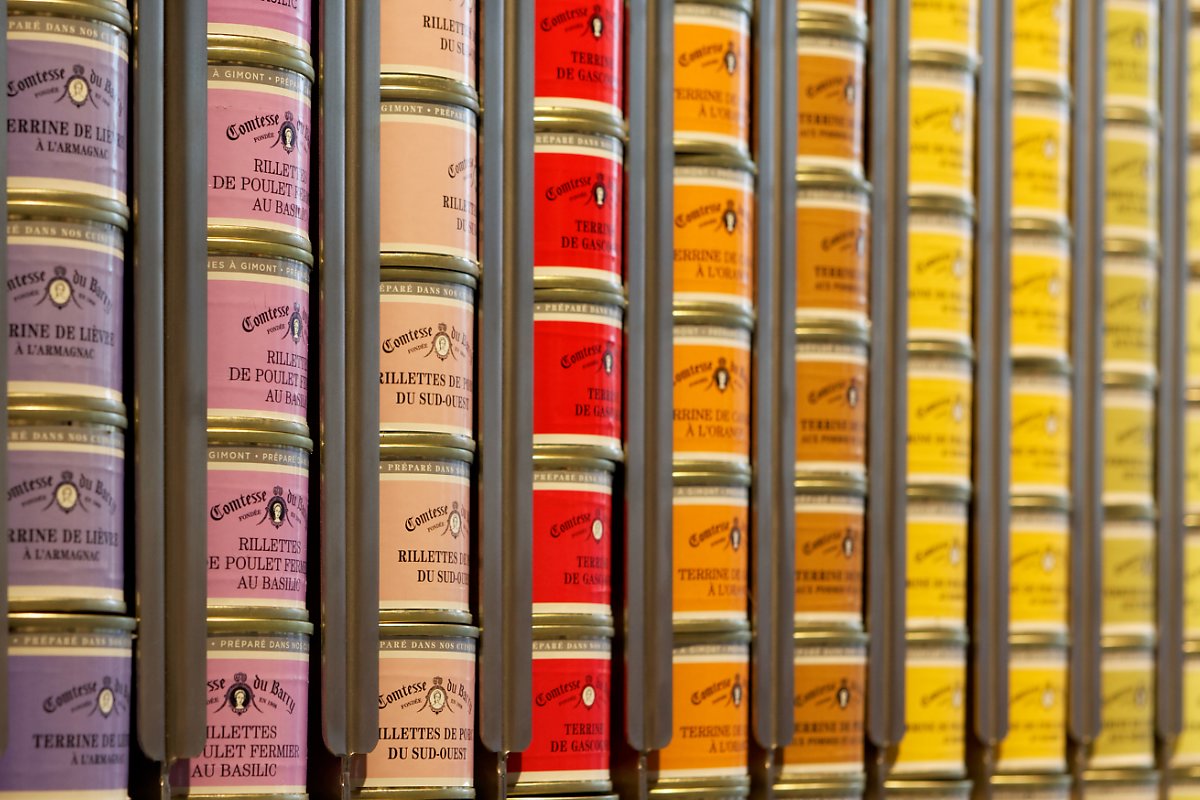 Comtesse du Barry is the most important foie and pâté manufacturer in the world thanks to the excellent quality of its products. With more than a hundred years of history, its products are elaborated according to the traditional recipes, selecting the ingredients and without adding any kind of preservatives or dyes.

As the leader in the foie and pâté sector, Comtesse du Barry has an extensive catalog that innovates every year. Let’s know more about its history.

THE STORY OF COMTESSE DU BARRY

Comtesse du Barry was founded in 1908 in the little village of Gimont in the French Gascony, when the brothers Joseph and Gabrielle Dubarry decided to become the creators of «the best foie gras in the world.» But they did not register their brand until after the I World War I, to expand their activity, began to visit national and international exhibitions and fairs.

In 1954, Henri Lacroix, married to one of the daughters of the Dubarry, discovered an ingenious way to make blocks of foie gras. With the new method Comtesse du Barry managed to increase considerably the sales of foie gras of duck.

The ’70s and’ 80s are a time of international expansion: international awards are won, the European market is consolidated and even the Comtesse du Barry products reach the space.

This century begins in the line of new innovations: the first foie in molded trays in 2001, the first range of refined fish delicatessen and poultry in 2002, the new concept of delicatessen store in 2006, the acquisition of the company by Part of the Maïsadour cooperative group in 2011, expanding the brand towards smoked salmon and Aquitaine caviar …

THE FOIE AND THE PATÉ, THE STARS OF COMTESSE DU BARRY

The brand is aware that the essence of its catalog is the products of duck and foie, but in it we can also find delights like caviar, truffle, smoked and a great variety of prepared dishes.

Anyway, it is with foie and pate, in all its varieties, with which Comtesse du Barry has gained its fame:

They are the two star recipes of Comtesse du Barry for fatty duck liver. In the Entier the liver remains «whole», while in the Bloc a similar quality is achieved but with a more economical process by emulsifying previously the pieces of foie gras.

This brand offers a great innovation and variety in all its range of duck and goose foie gras pâtés and mousses.

They are presented in two formats, the small can of 70 g and the glass jar of 140 g, which covers a wide variety, both traditional French and innovators of the new kitchen.

Although not properly pâtés, the rillettes, both duck and goose, stand out. It is a traditional recipe, much appreciated in France, made with pieces of confit duck that are dismantled and mixed until you get the appearance of a thick pâté.